Da Nang is a haven for foreign tourists with pristine beaches, luxury resorts, diverse cuisine, and hospitable locals. And the city also attracts an overwhelming number of travelers with plenty of temples and pagodas. Scroll to find out prominent names and their history now. 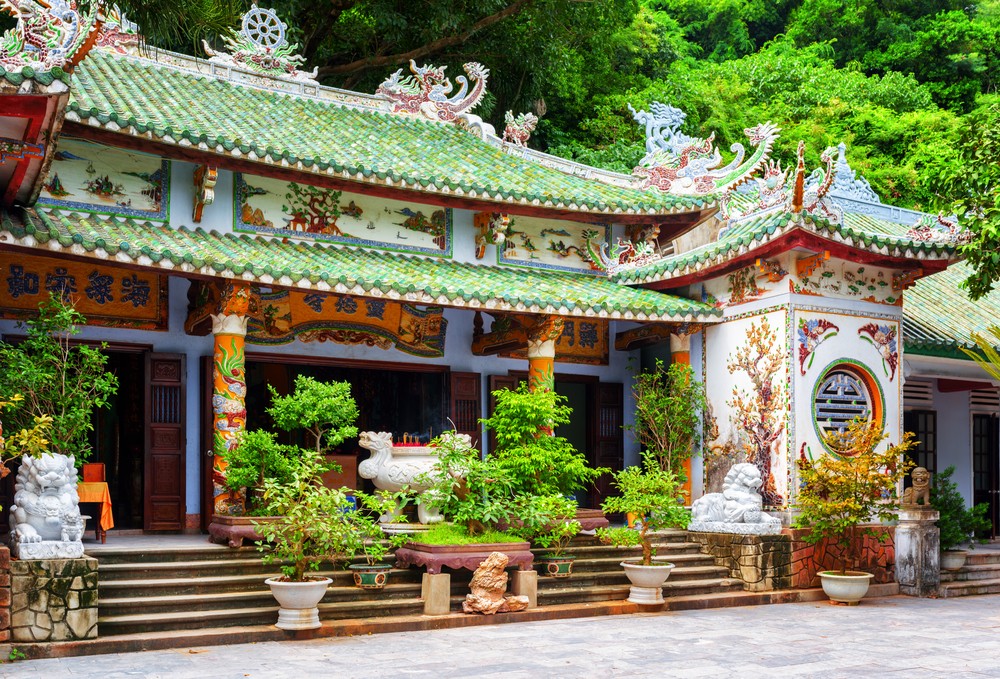 If you enter the keywords “Da Nang pagoda” into the search engine, Linh Ung pagodas are probably the top results. However, do you know that three pagodas in Da Nang go by the name “Linh Ung”? All of them are well-known tourist attractions in the city.

The first one on Thuy Son mountain was built in the period of King Gia Long, making it the oldest out of three Linh Ung pagodas in Da Nang.

The temple is believed to be built by a pioneer named Quang Chanh. When he stayed in the Tang Chon cave as a priest, he built a small shrine called Duong Chon before upgrading it to a pagoda.

In the period of King Minh Mang, the pagoda was renovated to look more dignified. Also, two roads leading to the temple were constructed.

Not until 1891 was the pagoda renamed Linh Ung by King Thanh Thai.

Over three decades, Linh Ung pagoda is still one of the most famous religious destinations in Da Nang. 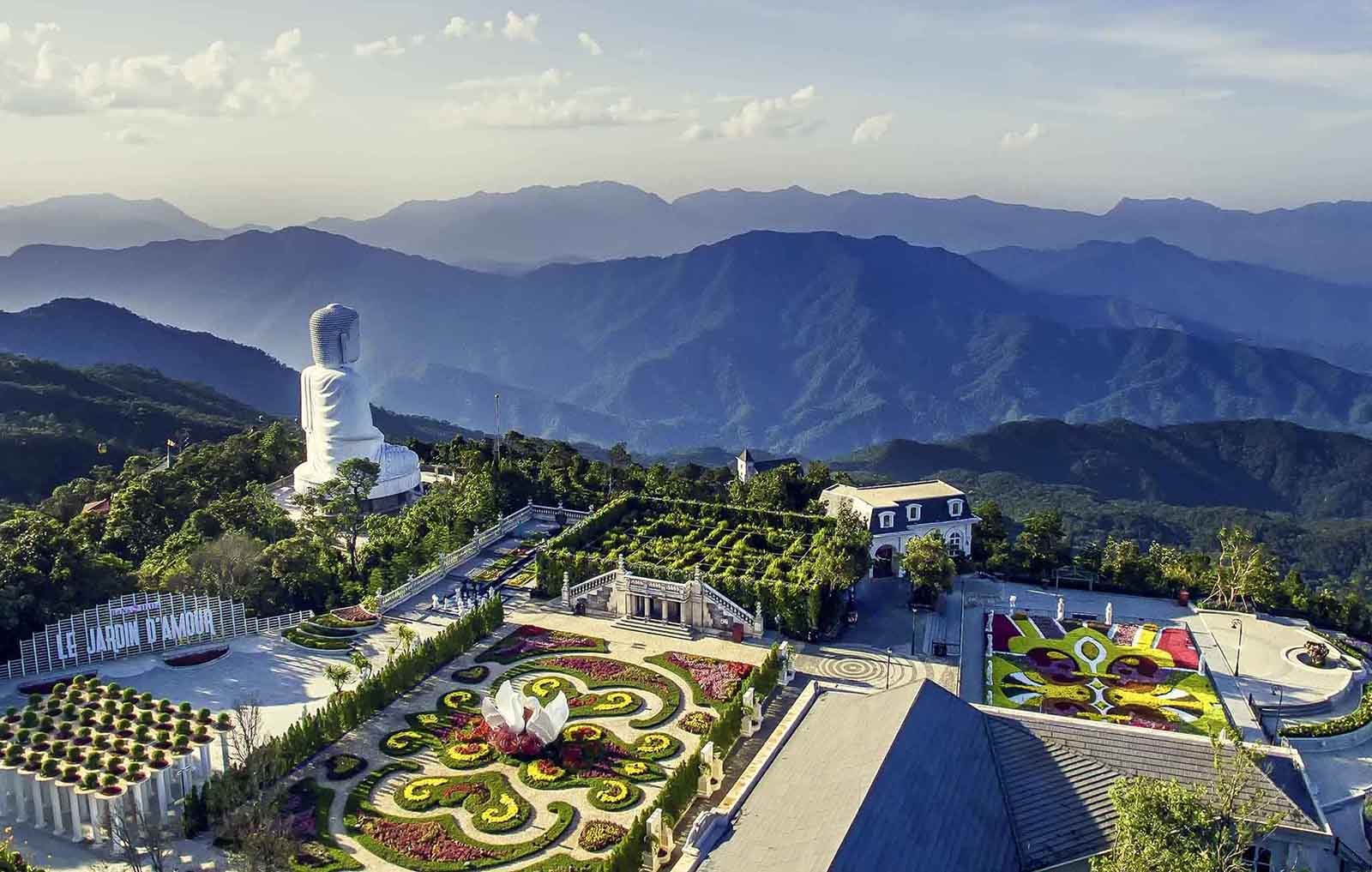 The second, featuring a 27-meter-high statue named Duc Bon Su, is a highlight of Ba Na hill. It is also the highest out of the three pagodas named Linh Ung in Da Nang. From the pagoda, you can take a panoramic view of the jungle and the entire Da Nang city below.

The construction of the pagoda began on 21/09/1999, and Venerable Thich Thien Nguyen was who held it. If you may not know, he was also the abbot of Linh Ung pagoda on Thuy Son mountain. 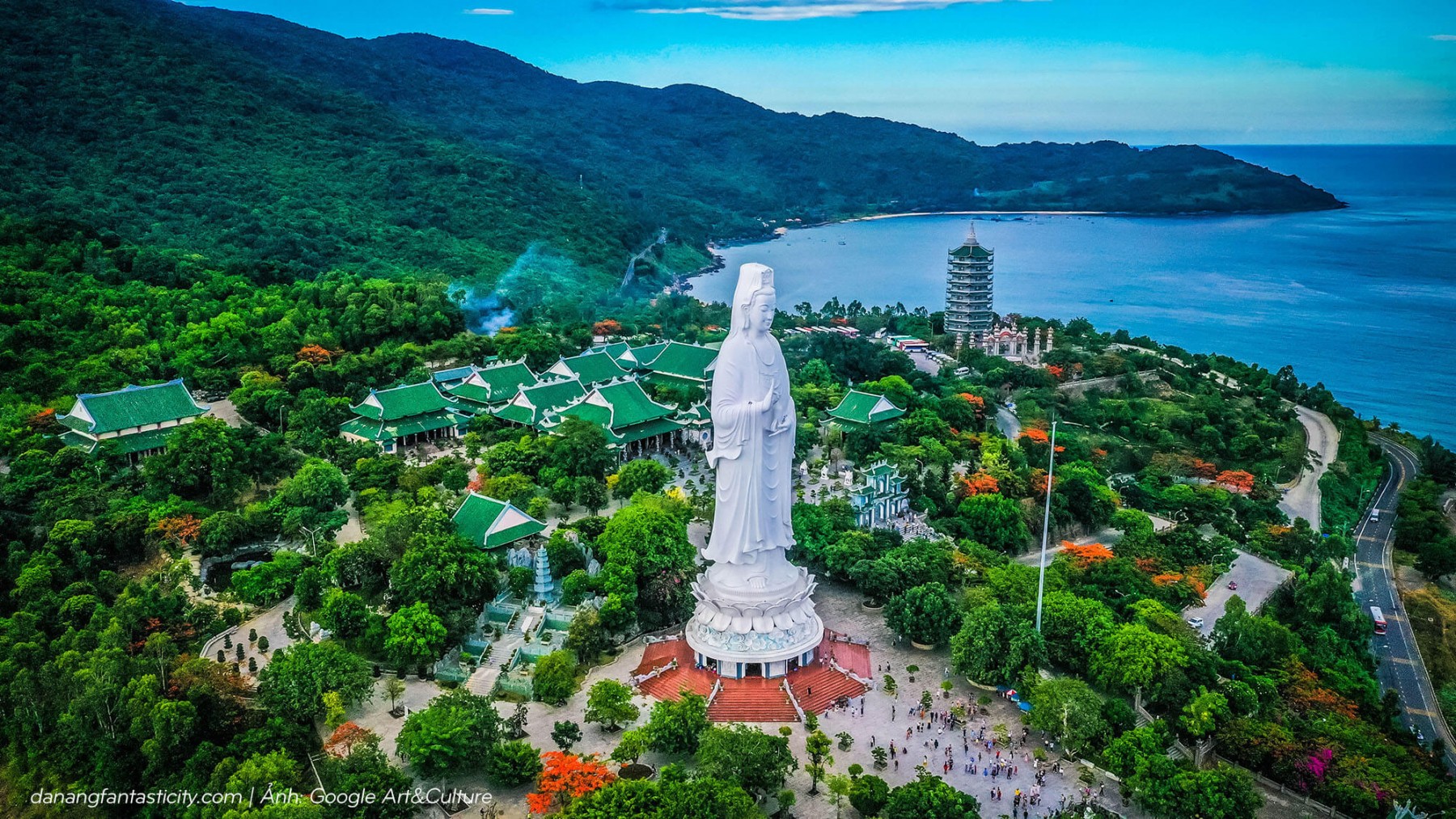 The Linh Ung pagoda on Son Tra peninsula is possibly the most famous as it hosts the highest Guanyin Statue in Vietnam. Standing on My Khe beach, you can see the giant white statue overlooking the Pacific ocean. It is considered as a symbol of Da Nang city.

Legends had it that in the period of King Minh Mang, the fishermen in Bai But found a Buddhist statue floating on the sea. They believed it was a favorable omen, so they built a worshipping shrine there. That was also where Linh Ung pagoda was constructed later on. 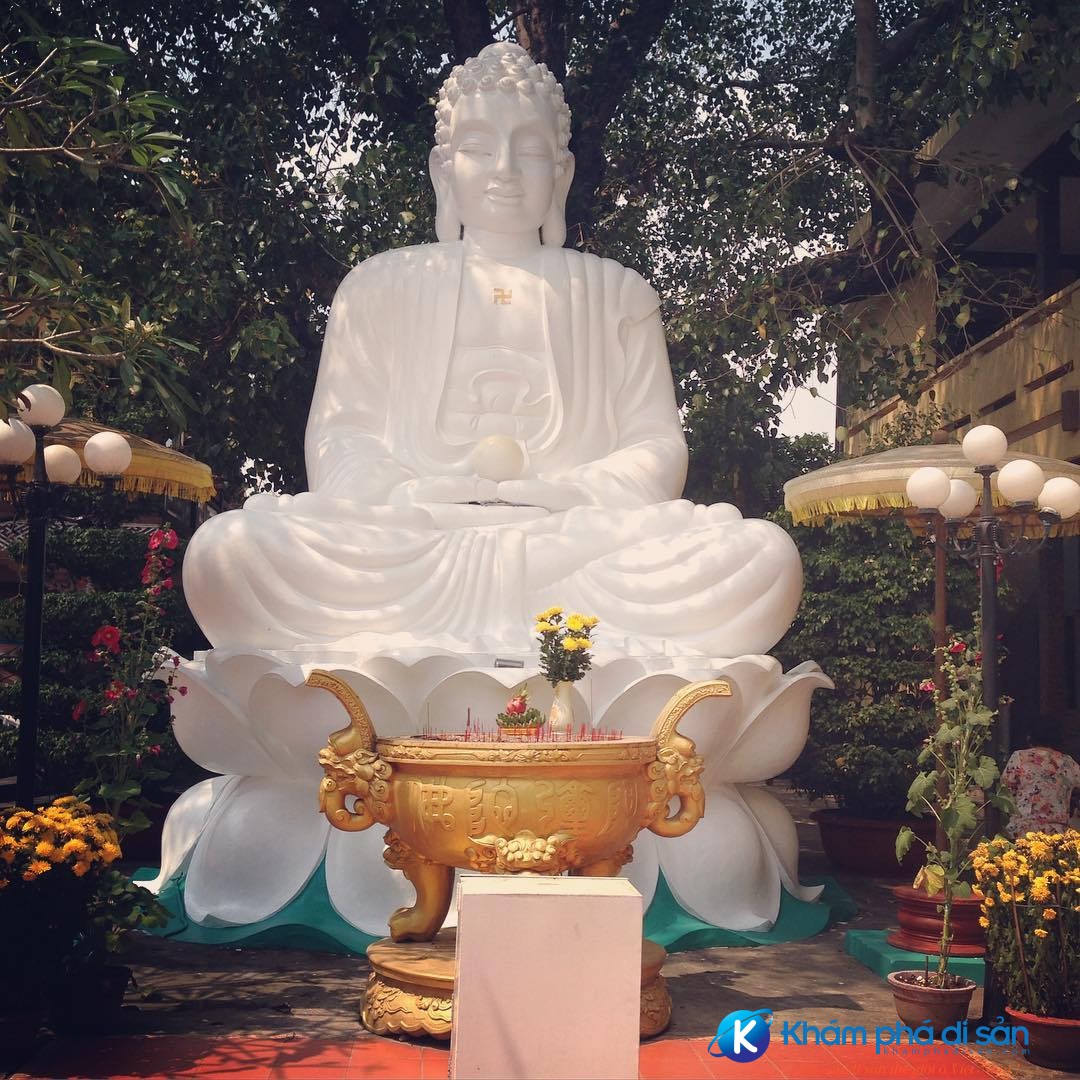 Phap Lam is a small yet famous Da Nang pagoda. The temple is constructed with two main colors, namely yellow and brown, which makes a traditional holy place throughout Vietnam. There are clusters of intricate woodwork and sculptures adorning the temple.

The pagoda was constructed in 1934 following the Southeast Asian religious style. The abbot of Phap Lam pagoda is Thich Giac Vien, who has been working in a lot of pagodas and abbeys before.

Phap Lam pagoda is in downtown Da Nang. It is within a stone’s throw from Con Market and Big C shopping center, so you may find it convenient to visit. 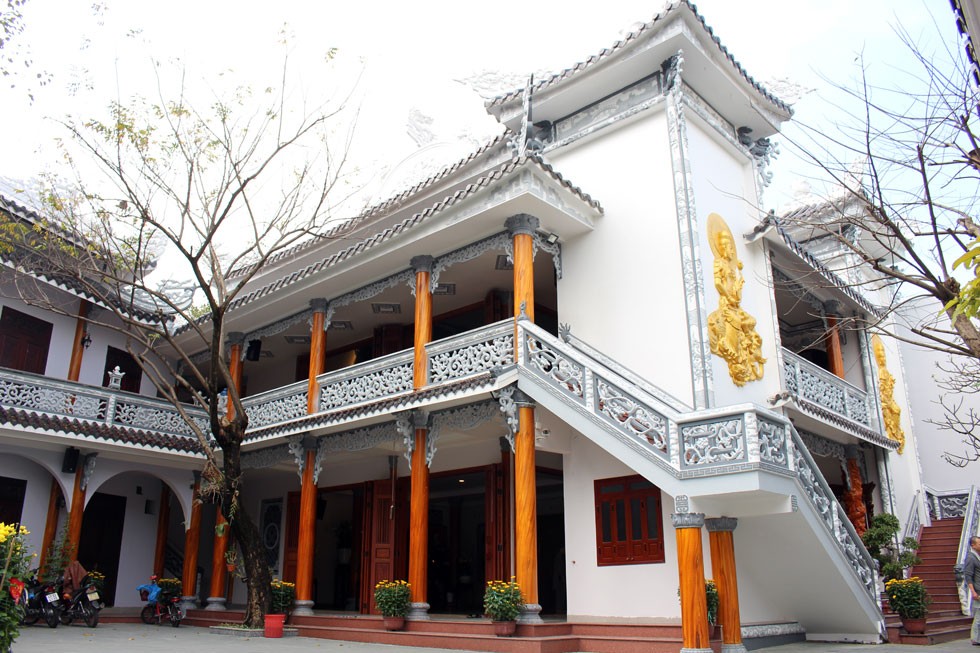 Bat Nha pagoda is in the same district with Phap Lam pagoda. However, the place features white as the main color.

The two-story temple is visible from afar with large ornate gates. On entering Bat Nha pagoda, you will walk through the dark auburn doorways into the main rooms.

Bat Nha pagoda was built and led by an abbot named Dai Duc Thich Chon in 1949. He was also the one who built a Guanyin statue for locals to pray and worship. 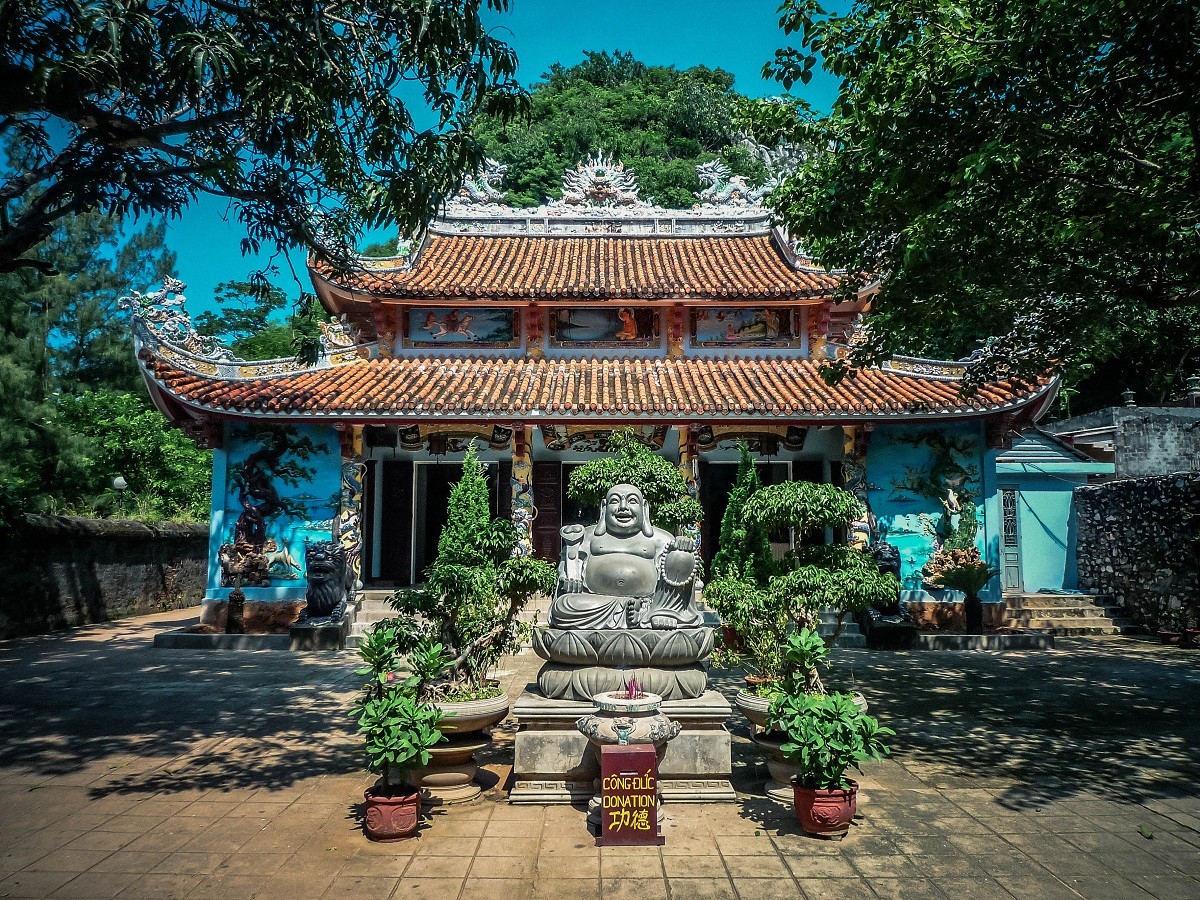 Another pagoda on Marble Mountains, Tam Thai pagoda lies on Thuy Son mount. The place dated back to the Nguyen Dynasty, and the building reflects a typical temple architect at that time.

Legends had it that one day, Nguyen Anh (later known as King Gia Long) was defeated and had to flee to an island. However, he ran into trouble due to the lack of drinking water. He made a pray and suddenly, there was water flowing down, which helped him survive on the island.

When going back to the mainland, he saw a monk preaching in a cave. Nguyen Anh swore that he would build a pagoda if winning the battle. However, he was too busy with affairs of state after victory. King Minh Mang was the one who completed his father’s will, and the pagoda constructed was Tam Thai pagoda nowadays.

Beside the Best-Known Pagodas In Da Nang, let explore the must-visit destination in Danang as well!